May I present, our garden of love, in honor of Earth Day 2012 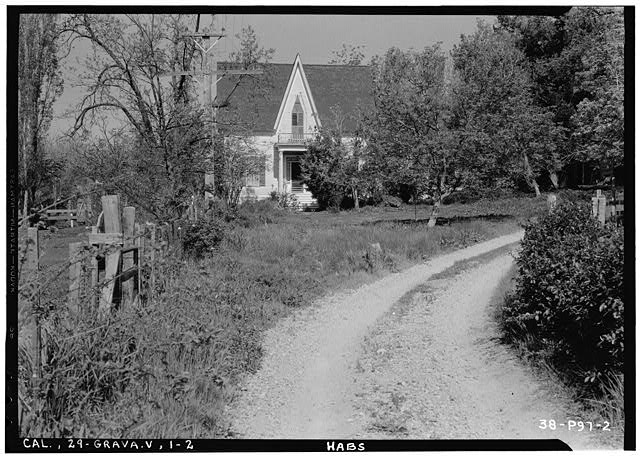 Once upon a Sepia Saturday, a very long, long time ago, there lived an old woman, and she lived in an even older house, surrounded by millions of weeds.

Millions I tell you! 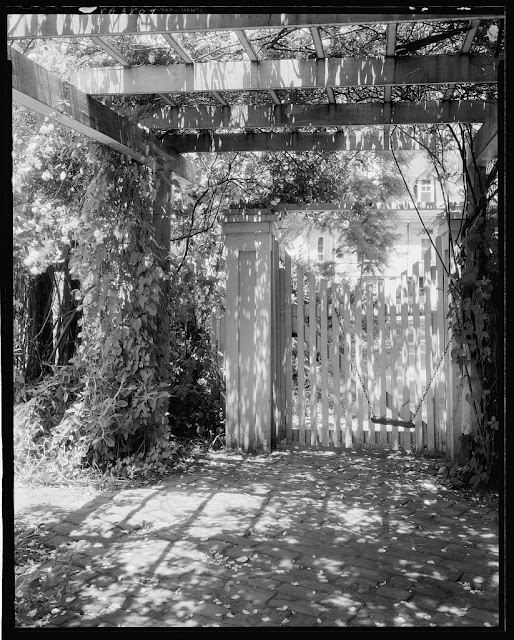 Beware of what lurks behind this gate!  Even her gardens appeared seriously disturbed and reflected years of neglect.  Of course, like so many stories go, all the townsfolk stayed away.  They never came to call. 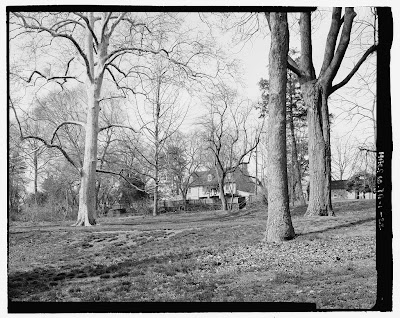 Photo credits by Joseph Elliott Library of Congress, Washington D.C.
Even her backyard, which began from the city park was doomed and unbearable. It's hard to imagine it was once a stately residence.

Now, you're probably expecting to hear about the local children from this charming neighborhood and their adventures of chasing a bouncing ball into the old lady's grounds? 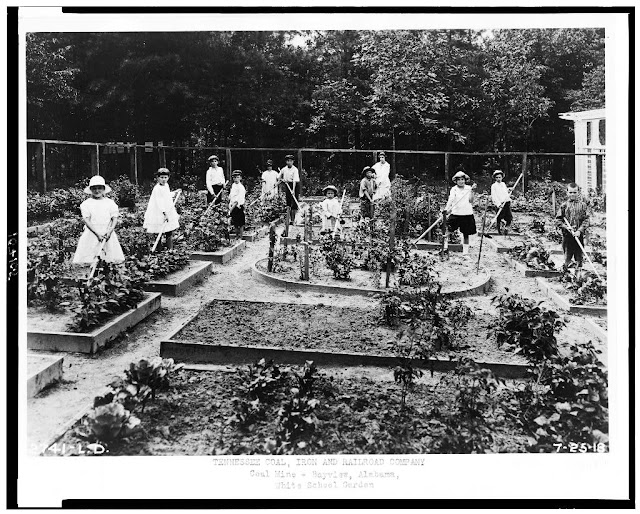 Sorry, that's not my story.


Well, these are a few of the neighborhood youngsters, but they weren't after a lost ball at all.  Although, they did have a mission.

They were celebrating, Earth Day (which was in the distant far-away future) and BE KIND to YOUR NEIGHBOR WEEK.

They knew deep down in their sweet little hearts, and growing minds that there was a sad old lady who lived by herself.  Mostly, they knew she needed their kindness. 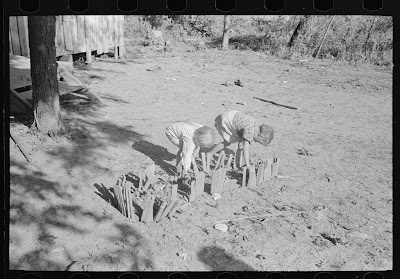 They arrived in teams of both young and old, but all of them were children, except a teacher or two that followed along just to observe. 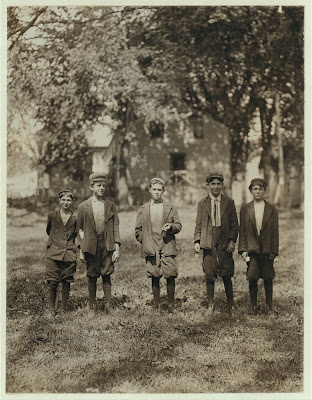 Photo courtesy of Lewis Wickes Hine, September 1910, group of hard working between the ages of 13 and 15 years old. (Yep, all dressed up and ready to go places.)

There was talk in town that these children had heard the tall tale of "A million dollars being hidden somewhere on the old lady's grounds" since she was extremely wealthy and never trusted banks.  Could they have been after her secret stash buried about her over grown yard?

Do turtles ever fly? 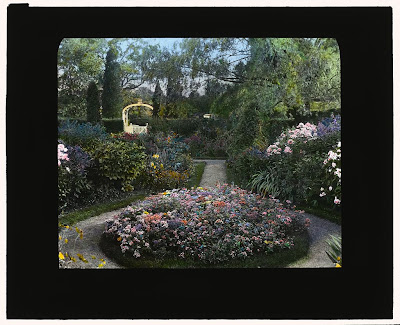 True story or not, these hard working, big-hearted children living in the old lady's city by the sea, never found as much as a penny.  But they crafted a mighty fine piece of heaven around the old lady's home sweet home.

I'm just saying, who would argue that this isn't a true story here at Sepia Saturday?

If you want to view more Sepia Saturday go here

What a beautiful and inspiring post! I hope many will take up such cause this weekend, even if there isn't any gold to be found!

I LOVE your new banner!

The picture of the girls in the school garden is very funny.

Snowcatcher - Thanks so much! ...and Absolutely, my soon to be green thumb is beginning today even! :)

Filip, thanks they are cute aren't they! I really liked your recent train post too, it is just lovely there! Lucky for you to travel with such a nice clean and safe spot as that!

I think school gardens are still a great idea. The kids not only learn how to grow thinks, but they also learn to eat different vegetables.

Oh, Karen, this is so sweet! I love how you told us this awesome story, and even if you made it all up, then that is even better. Because I think it would be a first around here; we are all bustling around trying to make sure that our facts are as straight as possible and here is another way that we can use old pictures ... as writing prompts.

I did enjoy the way you crafted a story around these wonderful old pictures. Cleverly done.

Little Nell and Kathy - thanks for your kind words. It actually is partly true, although changed a bit, and is about a story that I've read to my children and now their children!

Postcardy- you are so right, and most of our grade schools around here do it every year. We can even donate plants or shurbs! My children's elementary school have court yards that are through the school and some classrooms actually have windows to it!

I love the photo of the raised beds school garden! I used to have a garden like that. Not quiet as big though.

How delightful it would be to have a walled garden like the one in the last picture.

I wouldn't argue with that story.And I would also love to have a walled garden like that.

The photo of the children gardening reminded me of one of my favorite books - The Secret Garden.
Very clever post.
Nancy

These photos are priceless and you have fashioned quite a story around them. Great job.
QMM

If you say so, it is so!!
Love the last picture.
I could have a cocktail there,
around 7 pm as the sun lowers over the horizon, in my silk robe and walking barefoot over the pebbles.
Expecting company perhaps,
perhaps not...
And the damn cats reminding me
I need to feed them inside...
;)~
HUGZ