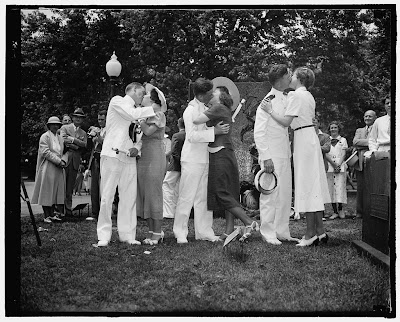 What's going on with these three couples plunging into something far more entangling than a casual kiss on the cheek or casual liaison?
(more on that in a moment)

First, a word about Sepia Saturday, where we explore things from long ago, regarding our own ancestors or the theme of the week.

Alan's theme this week is 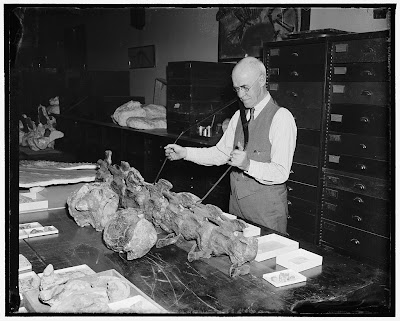 Here at the Smithsonian with the rebuilding of a gigantic animal.  Washington, D.C. March 24, 1938 With Dr. Charles Gilmor, Paleontologist. These bones were found in western Utah and are the bones of a Sauropod- a species of the dinosaurs that ruled the earth 80,000,000 to 150,000,000 years ago.  He's pictured here fitting the 32 - foot tail of the monster together.

I had all the intentions of being a themer this week, but just as I began picking away at bones, (and being summer and all) my thoughts went to
things living rather than not. 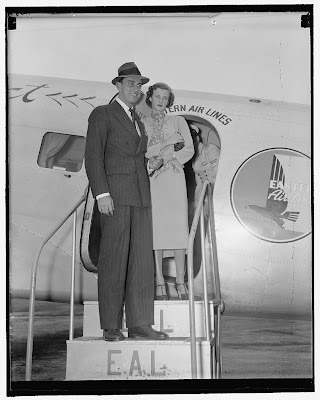 September 11, 1937
Franklin D. Roosevelt Jr. with his bride
the former Miss Ethel Dupont
arriving at the Washington Airport
on their way to
Jacksonville, Florida. 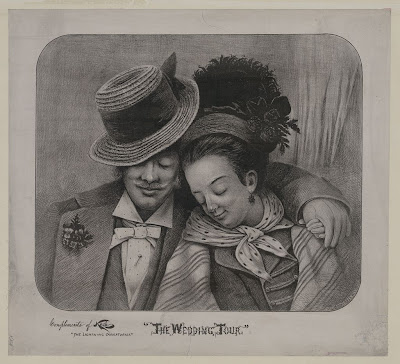 Some give their vows for more than themselves. 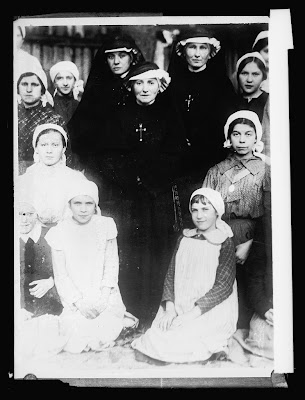 The Importance of Nuns, with orphaned children. 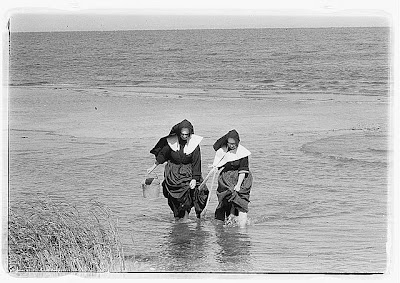 For them, it's a worthy life.

While others share their vows for the love of each other. 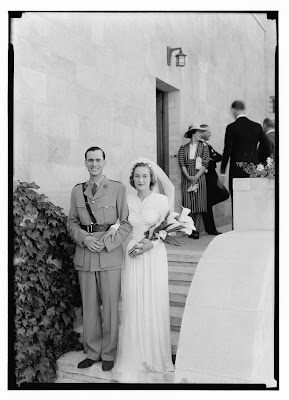 The simple joys of motherhood. 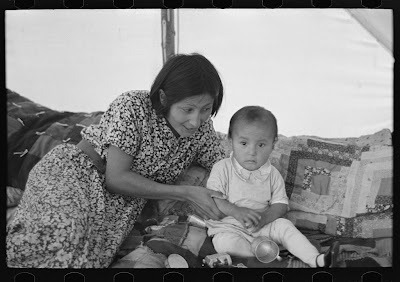 Little Fork, Minnesota a mother and her babe. 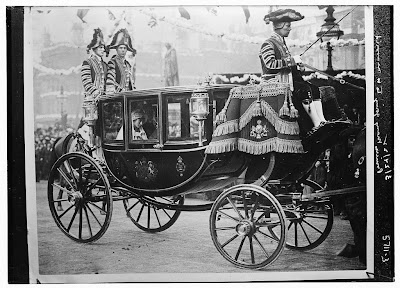 Princess Mary's wedding coach and after her marriage
she became 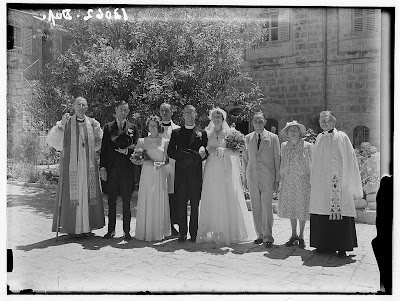 So be sure to pay attention to any Cupids you may meet along the way! 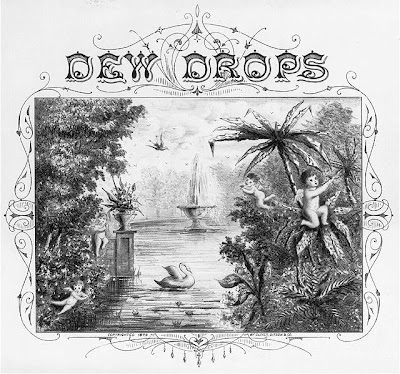 They Dew Drop
in at the most unusual moments!

If you really wish to dig into some bones, meaty or not, or perhaps post your own just
go here

What a fun post, Karen. I thoroughly enjoyed scrolling through the photos and captions.

Love that first picture. You can trust the military to do everything on command. It was also good to see FDR arriving on Eastern Airlines, another great carrier of the past.

That paleontologist had his work cut out - it must have been like doing some fantastic huge bony jigsaw! I enjoyed the link to the world of the living too.

BoNES!! you know how i feel about BONES!!
i think i was a paleontologist in a past life.
a friend of mine volunteers at the natural history museum here in town and she helps to put together THOUSANDS of YEARS old bones that were dug up locally.

I thought you were going to show us kissing marathons. But I should have known to expect a twist. It's always fun to follow the connections you make between photos and words.

You always have the coolest pictures on Sepia Saturday. I especially love the nuns clamming. We did some clamming when I lived in the Boston area, I can't imagine mucking around in the sand with a full habit on.

Great photos Karen - I love the first one, the nuns in the water and the Watsons are a very handsome couple! Jo

Nice weddings pics. People always seem so happy then (as they should be of course).

A whirlwind of photo links!

This should be a show on TV.
~

I'm so pleased that you didn't clam up on us this week.

A wonderful collection of old photographs - such a pleasure to look at each and every one of them.

Nice post! This kind of pictures are an invitation for a sentimental journey to me ;-)

Karen, I love your blog. Each post is so interesting. I am late for my SS visit, but I had fun seeing what you have been up to since then.

Glad you had fun with this but I have a bone to pick with Cupid, but I cannot discuss the matter here as it is a matter for the courts for a breach of contract and failure to perform his duty.
;)~
HUGZ