Happy (almost) New Year to All 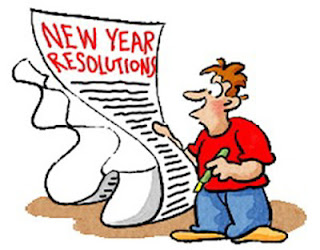 Jenny says, our prompt is "you want a resolution" any style writing, up to 104 words and other photos allowed, and like always, no spitting- (hahaha) splitting of the prompt.

Here's my centus, remember to click on photos to expand!

"Why, must you arouse such a ruckus, and produce such pollution?"

"Don't give me that purr-fect smile, that you do when you really desire something, from me either.  It's not going to work for you this time.  I still, don't do resolutions. Never, ever!"

"Your singing and dancing and wearing of my favorite shade of blue in your "Feather-Dance" isn't going to change my mind either. Of course, if you were to......"

"Tell me, that we'd be dining tonight with Johnny Depp, if I did, I'd totally give you a resolution."


NOT A RESOLUTION - THOUGHTS FOR LIFE

"My mission in life is not merely to survive, but to thrive; and to do so with some passion, some compassion, some humor and some style."
- Maya Angelou

Happy New Year to You!
May happiness follow you all year long!

Greetings on this eve of 2012's last Sepia Saturday for this year.   It feels, to me, like we have extra days before we ring in the genuine New Year's Eve which opens the door for January 2013, and many more Sepia Saturdays.
Gee, is 2013 really almost here?

Direct from a giant mailbox-stamp-selling booth in Times Square, New York City in 1961.
I sure hope you've already received your invitation
for this year's New Year's Eve dinner and dance
because they've all been sent.
Ladies, have you finished window shopping for your perfect holiday selection?

Bring out the champagne and the wine and let's open a bottle or two.

Have you ever wondered where all those bottles of wine and champagne come from?


On a lovely day, off a dusty lane at an old winery somewhere in California,

sits Picchetti Winery at 13100 Montebello Road, Cupertino, Santa Clara County, California where many bottles of wine have graced the tables for many New Year's Eve celebrations.

But, they were all something in their day.
Out with the old, and in with the new, that's what New Year's Eve is all about though, isn't it?

This photo taken around 1980 at unknown Napa Valley, California winery and vineyard.

On December 31st, 1942
Greetings to you all, from Mulberry Street, in New York City where the Di Costanzo family, owners of The Marconi's Restaurant delight in preparing special New Year's Eve family dinners to celebrate the new year arriving!


For those who care to share a much calmer and quiet New Year's Eve celebration, they will be striking a fire in the old fireplace.

Or perhaps, joining together around a table to share a friendly board game or just good old card game.

However you plan to spend your New Year's Eve, enjoy yourselves, and be sure not to miss the ringing in at midnight everyone.  A very merry and Happy New Year to All of you!


Holiday Warmth - I just knew when I read Bob's post from his, Bob's Home For Writing blog - that if Carmi's TP theme this week was Holiday Warmth, I had to post two of most favorite holiday photos.

BUT! Oh my goodness hopping on over to Carmi's Written Inc blog, I soon discovered his theme this week is simply warmth!

"All the statistics in the world can't measure the warmth of a smile."
Chris Hart

"Laughs, are like yawns, you just can't help but smile back!"


Then when I visited Carmi's blog I noticed "warmth" is the main theme, and as always-however we perceive it. 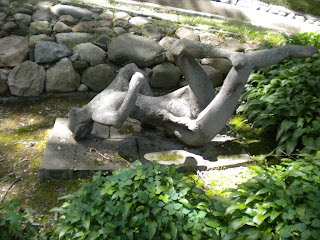 On a warm sunny day, keeping each other warm and oh, so loved! 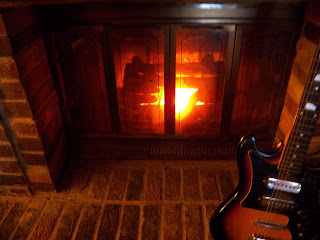 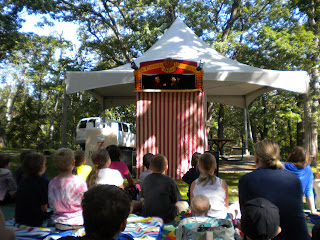 Making memories, while sharing precious moments together to warm us years later.

Please enjoy this video about the day after Christmas and let it warm your mood.

Sorry, I missed last week, but we had a tree to (pick out, drive home and decorate) although, too many other objects of distraction took over.

Okay, to apologize for missing another week, again.  Christmastime and being close to my family, appreciating them and feeling such sadness from the horrible loss, of valuable lives in Connecticut, it leaves me numb.


I am stunned, and I have felt so selfish to revel in any form of entertainment, outside of family, while so many hearts were breaking.


As you see,
I started this during our #156 Sepia Saturday.
Here is Alan's most delightful *early* smooch, smooch, kiss*** for us!

I can live with this theme, and truthfully we can't live without it!

MAKE LOVE NOT WAR -
gift all with your kindness.
it's still worth striving for.


Consider this life style.   Once upon a sepia world, from ancient history, there lived a very popular man. (No, his name isn't Alan, although he too, is quite popular around these parts!)

He is known by so many names.
He travels the whole world through.
Many welcome his arrival while others do not.

He's making the rounds....
But! Little did he know, he had a freckle-faced follower

....and this lad caught the most incredible sight ever!
See below!


So keep an eye open for that ever so popular man in the red suit- you just never know where he may pop up!

Yes, this is a famous hallway in the United States White House.


I want to wish everyone a most very Merry, and Happiest of all Christmas, or whatever else your family celebrates during this festive time of year. Good Blessings to all, and to all "much happiness in the coming year ahead as well!"

If you have time to view other Sepia Saturday posts, please go here


INDUSTRIAL DISEASE
For the first time ever, in all of my Thematic Photographic posts, I was at a complete loss to post.  My thoughts at every corner of industrial anything, continued to draw upon that one word disease which constantly attacked my beating soul.


Just so you know, this industry is what my son-in-law, does for a living, besides being a proud Minnesota National Guard.


It is a respectable career, with it's occupational hazards.

A necessary evil.  I respect all weapons, in their proper and essential places.  Handled by those ever so trained in their field of serving and protecting, or killing and eating (although I myself would never be a hunter) I don't even care for the taste of venison.

Sadly, as with all human industrial endeavors, proper handling is NOT always the case.

Far too many victims, have fallen, at the hands of this industrial disease, this waste.  A horrific waste of valuable, treasured lives gone forever.

Again, it's not guns, or machines or the birth of evil substances dumped in rivers and etc. but rather by the hand of one or more humans delivering evil.


We must not ever turn our backs, on violence.

"Life is inherently risky.  There is only one big risk you should avoid at all costs, that is the risk of doing nothing."
- Denis Waitley


Do you want to see more TP posts, or perhaps post your own?
go here


To think of shadows is a serious thing.
- Victor Hugo 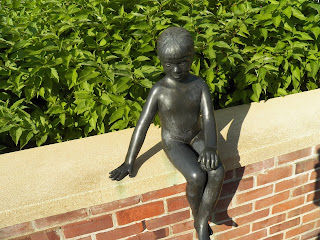 Carmi, makes an excellent point about shadows "not being the easiest optical phenomena to shoot."
For instance, I played with the shadow of this statue.
I'm pleased, with how her shadow, appears as though it's ready to get up and move on.

"In every shadow there is light."


My next photo, both the statue and the shadow never pleased me, and I'm surprised I haven't deleted it yet. 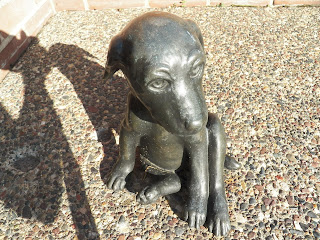 I guess it's my weakness for dogs, that keeps me from erasing it.
As you can see, I kept getting in the way of this picture.


"Keep your face always toward the sunshine, and shadows will fall behind you."
-Walt Whitman

It seems for me, more often than not, I catch many welcomed shadows in my nature scenes.  They just seem to double the beauty for me. 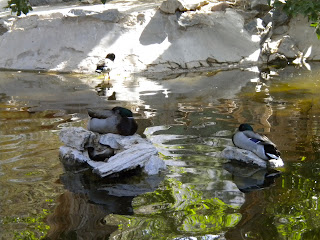 Believe it or not, this was taken outside of Las Vegas, Nevada.


This was taken in my backyard. 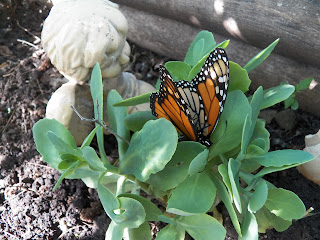 This is another photo that screams delete, delete, please let me go!  Although, my point was the Monarch, and it works.  Again, I felt the shadows improved the rest of the photo.
What do you think?
Have you ever popped over to Carmi's Written Inc. blog and checked out his Thematic Photographic posts? Try you might like it!
go here
http://writteninc.blogspot.com/2012/12/thematic-photographic-225-shadows.html?utm_source=feedburner&utm_medium=feed&utm_campaign=Feed%3A+blogspot%2FkIoA+%28Written+Inc.%29
Posted by 21 Wits at 10:10 PM 24 comments:

Welcome to another round of 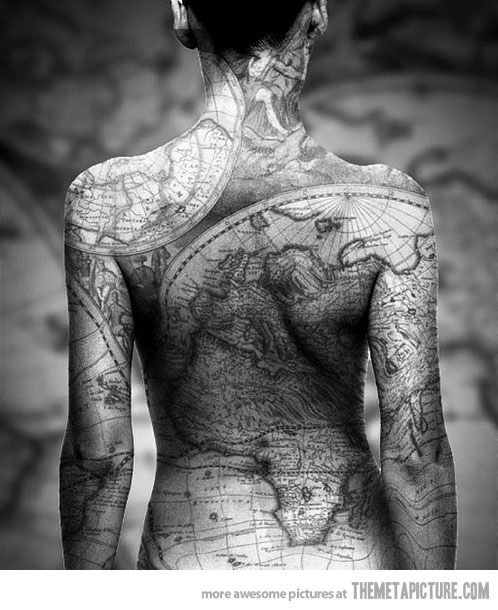 Not a tattoo- just a light-projection of a map.

A simple thought about this image, presented by Tess, at Magpie Tales, for The Mag. 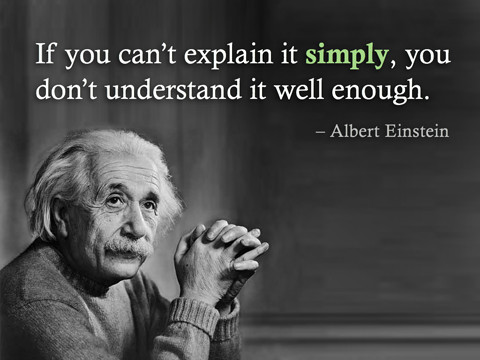 Canvassing
Artman
We are a spectacular, splendid species
of firm backbone
virtual players
stretching the spine of our souls
habitually worldly in our adventures
yet utterly fleshy
down to the last perceptual, detail
of our eternal heartstrings.


For other Mag posts
go here

What's all that white stuff?

Yes, once again all across the city folks are bringing
back that old fashion sport of

Be watchful for the storming-snow-plows!
Right here in my little burg we got about 17 inches of that WHITE stuff, once it finally called it quits.

Welcome to my Sunday edition of


Jenny has offered this squirrel's photo for our prompt this week. (humorous) 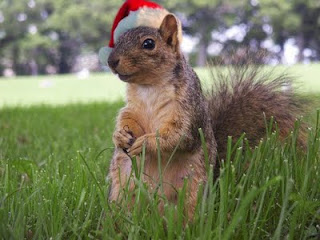 Up to 100 words- in first person - any additional photos.


Where do I begin?

Once upon my squirrel's life, I lived a quiet sheltered life.


But, I dreamed of one day becoming a Ninja!

I longed to do the Cha-Cha all day long
with all the other Ninjas.
But!

All of the other ninja squirrels danced
and played laser tag all day
and wouldn't let me join any day
in any Ninja games
and they would even steal my nuts.

Dear human friends I'm placing you in my diary as my truest friends.

I'm very careful not to eat out of the wrong human fingers.....