All blogging on hold until darkness sets in again! Yesterday and today have been incredible! Yes, so far as yet, Spring has Sprung where I live! 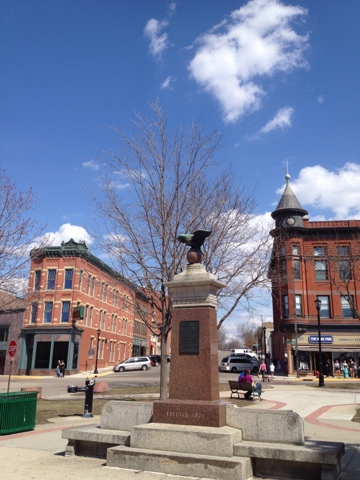 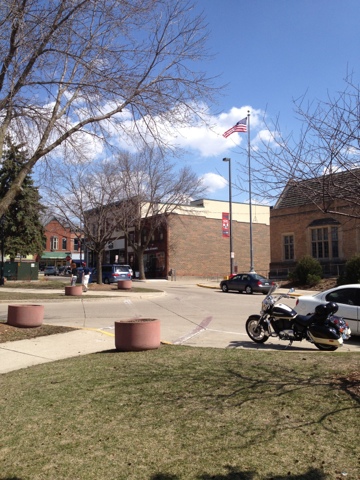 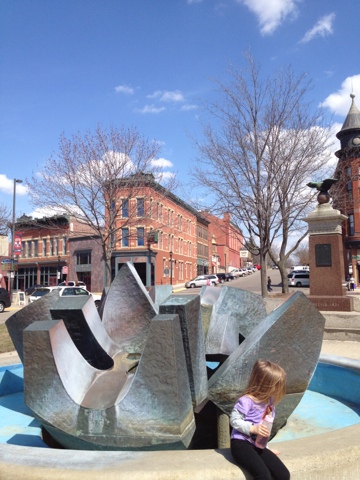 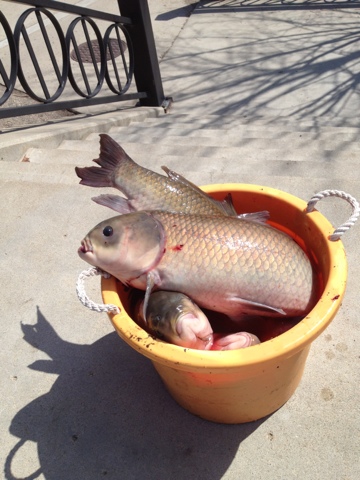 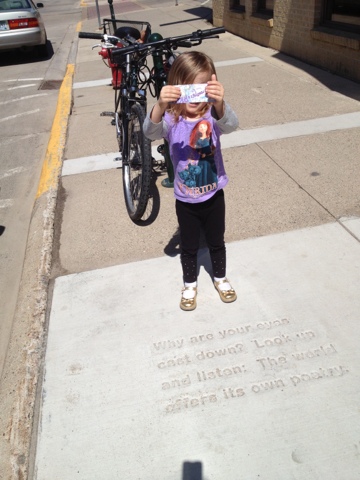 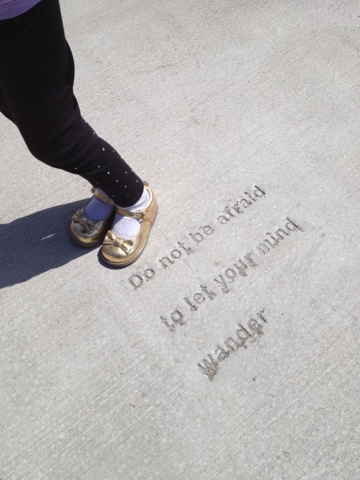 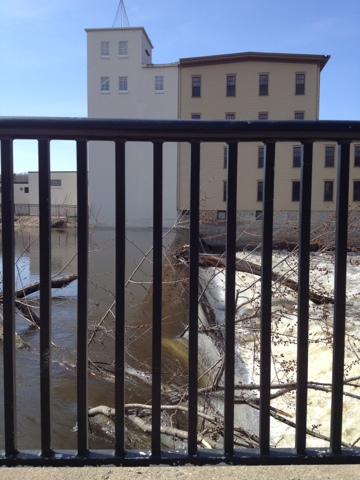 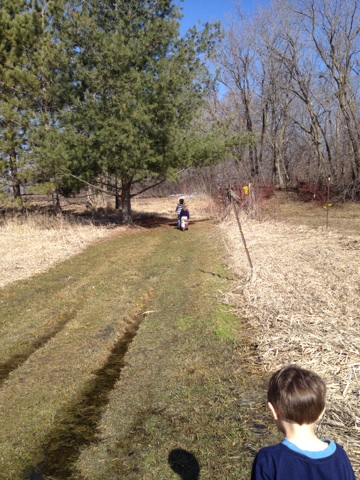 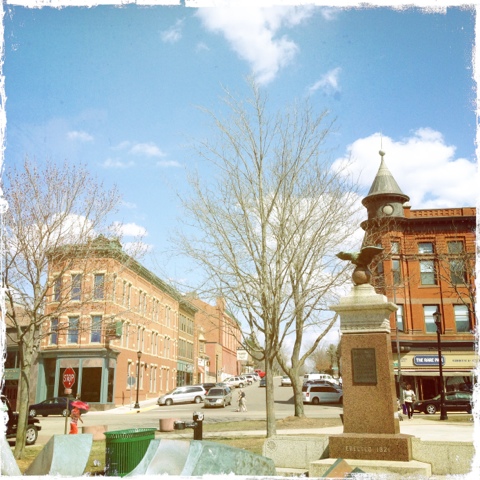 Foremost on my mind is spring, or the lack of it. Curiously enough, while Carmi was posting pairs, as our next photo theme, I was shooting the beginning of yet another April snow storm! 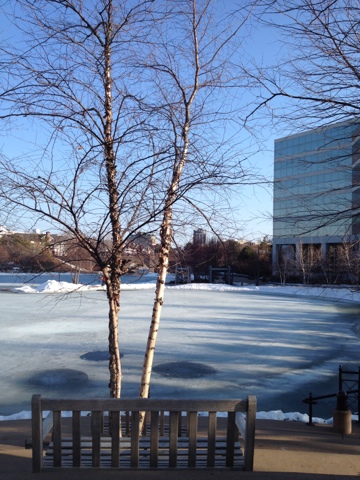 A pair of trees waiting for buds. 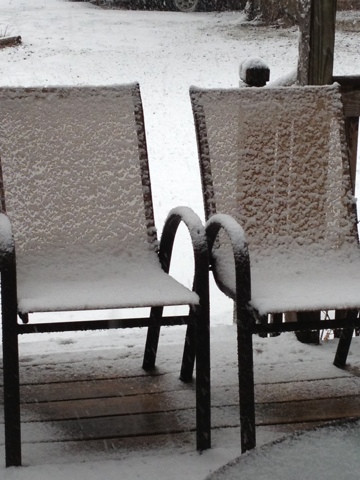 Arriving back home late yesterday afternoon
our rain was slowly beginning to change
over to snow once again.

and then shortly later

not too long after
came the real heavy, wet stuff falling fast. 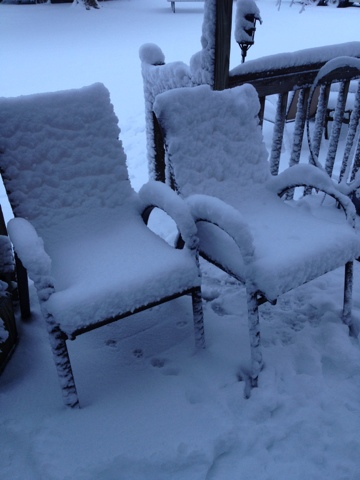 Ah, the joys of winter in the middle of our springtime!
Makes you want to break out the snow shovel, right? 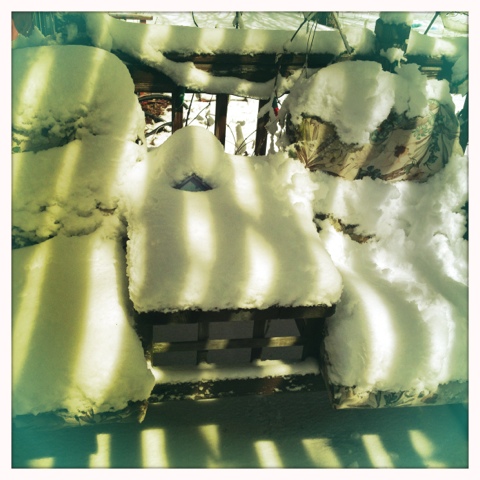 Yes, a few thaws ago, all the deck furniture came out again.
In the hopes
that soon spring would be here.

Now, today our afternoon, welcomes sunshine and again,
the beginning of another melt. 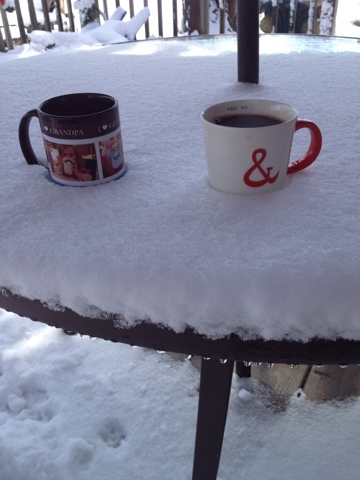 A pair of  Frozen coffee mugs this morning!

Don't think we're not out enjoying our spring too!
For more Thematic Photographic posts
go here
http://writteninc.blogspot.com/2013/04/thematic-photographic-241-pairs.html?utm_source=feedburner&utm_medium=feed&utm_campaign=Feed%3A+blogspot%2FkIoA+%28Written+Inc.%29
Posted by 21 Wits at 11:54 AM 17 comments:

"Those who educate children well are more to be honored than they who produce them; for these only gave them life, those the art of living well."
- Aristotle


My Magpie Tales, arrives from the depths of a windswept island, and Tess for -
The Mag

Eyes To the Window, Questing.

He's a painter by day and window gazer by night.
She's his latest subject perched behind an open window.
Yearning for the play of his hands
her nakedness invites him in.
Trembling he strokes the bareness of his brush
he knows each breath she draws
is begging him on into the might
of her heart's eager bite.


It's time for Flash-Fiction again!
Sweet writing evermore- Jenny's prompt is to be in letter form, with 102 words using -
"Dear John"

Dear To Whom It May Concern,

I begin with what should perhaps be written to, well, John
of course.  Albeit the correct thing, presently it may be too
hasty.

Yes, I could really pour my heart and soul out to, Dear
Waste-Paper Basket, but I prefer you, the unknown,
unnamed person in my book of life.  My muse.  Your chapter
has been quite delicious, and I fail to see you grouped as
unimportant in my life.

So, my Dear John, letter will be brief, after this practice to
you, and merely announce, "I plan to marry another."


For more Saturday Centus posts for Jenny's "Off on my tangent" blog simply go here-
http://jennymatlock.blogspot.com/2013/04/saturday-centus-week-156.html
Posted by 21 Wits at 8:23 AM 12 comments:


Dear Sepia Saturday friends here we are again
only instead of hiking for fun this week
we're out shooting for dinner!
Yikes!

Well, like the photo above, some of us are just practicing for future days of shooting for dinner or pastime.


How could I ever even think of finding a photo better than this darling and daring subject with his majestic catch?

It wouldn't be possible. 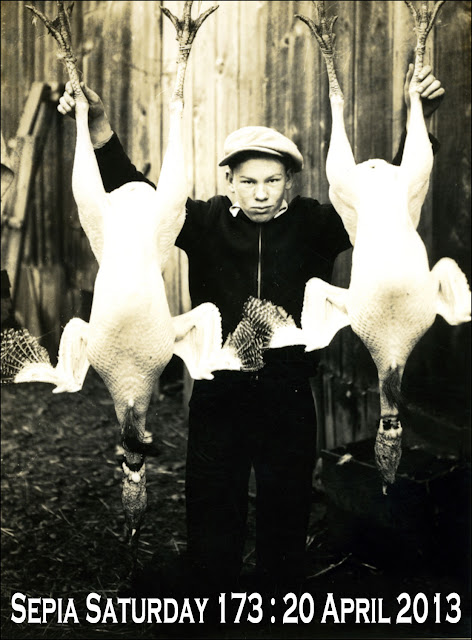 Is he proud or is he...hmm ? Quite the expression at any rate.


It's raining, it's melting, it's snowing? What time of year is it again? 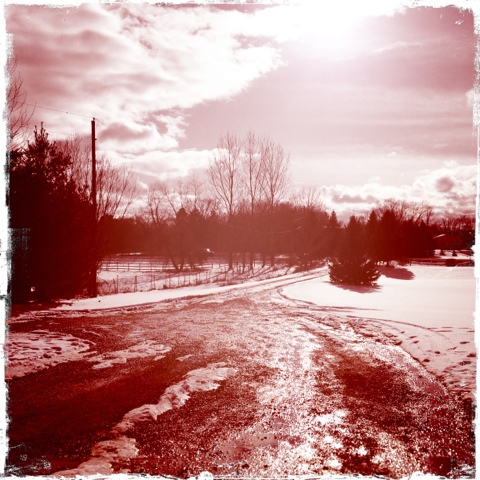 Can you date this photo?  Too bad there isn't a vehicle or something that could date this photo, right?
Answer TIME.
My Sepia Saturday post last week had a mystery photo-
Most of you, that supplied an answer, albeit, windy-city or other such title, everyone was absolutely correct.  My mystery photo is one of my favorite destinations to visit, Chicago.  One that I can easily drive to, even if it does take about 6 hours to do it.
But, unless you've walked it- I don't think you'll ever appreciate just how quaint a city it is.  Seriously.

Chicago River Bascule Bridge
Spanning Chicago River at Clarke Street
Just this week after steady downpours caused major flooding and sink holes in Chicago the storm swollen Chicago River was allowed to flow into Lake Michigan.
That's a really big deal too.
Getting back to my real post.
I'm focusing more on one of Alan's comments that went along with his theme photo- he wrote,
"I just feel like something a little odd."
Me too, lately.
It's almost as if my inspiration or muse, has flown the coop, possibly before it gets shot and hung like the birds above.
Oh my!
So, I am closing with a bit of odd myself.
Enjoy!

JUST BECAUSE IT SHOULD BE SPRING 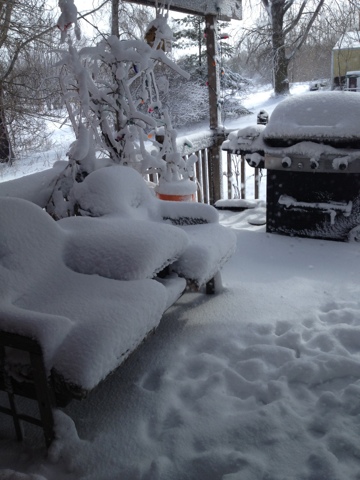 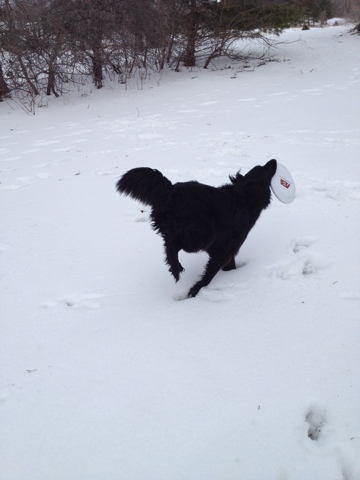 There is always a good side!
Yes.
There are two sides to everything.
This post is for Cate, from "Show my face" for
Six Word Saturday
for other stories or to post your own six words of "what's happening in your world" go here
http://www.showmyface.com/2013/04/six-word-saturday_20.html?utm_source=feedburner&utm_medium=feed&utm_campaign=Feed%3A+showmyface+%28Show+My+Face%29
Posted by 21 Wits at 3:16 AM 13 comments:

I Believe in Us

Come together.
It's that simple.


If we share a common direction and a sense of community, in this journey together, we will arrive quickly and easily because, we are traveling on the thrust of one another, together.


Just in case you missed this, please take a moment to watch.


It brings tears of tenderness and hope, as the entire audience begins singing.
Which very often, is not the case, at these functions.

Did you look closely at this picture?
We can learn, by following the right teachers along our way.
Posted by 21 Wits at 8:42 AM 10 comments:

"There's a friendly tie of some sort between music and eating."
- Thomas Hardy

Carmi's theme this week is "eat" and what a vast theme it is! 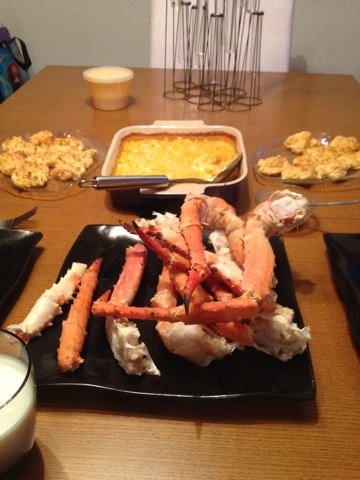 Grab yourself a chair, pass the food.  Life and sharing dinner with friends is so completely delicious! 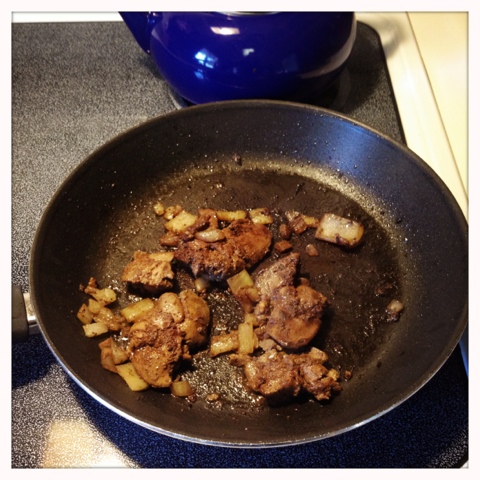 Ah, Monster (our outdoor ground's keeper - a hairy Tom Cat) enjoys a chicken-livers feast tonight!  A must, every now and then, on those freezing days in Minnesota. 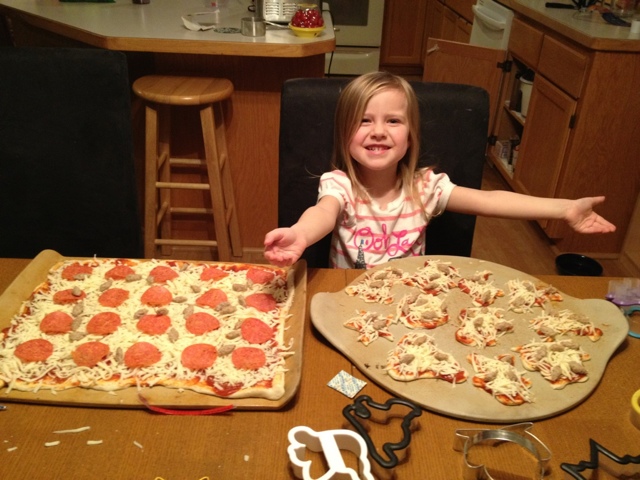 Ta Da! Pizza!  Stress free life when it's pizza night! Stress and monsters, can't exist in the presence of home-made-pizza! 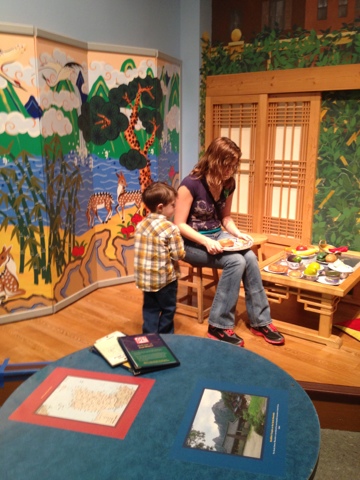 What could be better than being served by others at dinner time.  Even if it's make believe food! 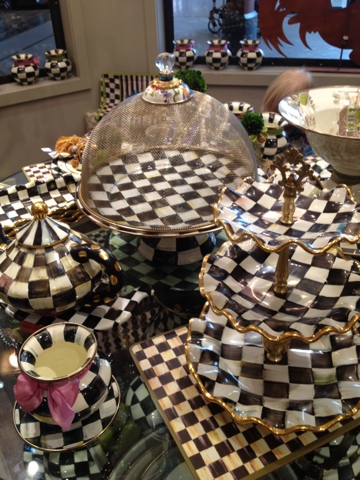 No more time for chatting now, must go prepare food to fill these dishes so we can
EAT!
For more Thematic Photographic posts
for Carmi's TP
go here
http://writteninc.blogspot.com/2013/04/thematic-photographic-240-eat.html
Posted by 21 Wits at 7:10 AM 11 comments:

﻿﻿﻿﻿
"In the spring, at the end of the day, you should smell like dirt." - Margaret Atwood 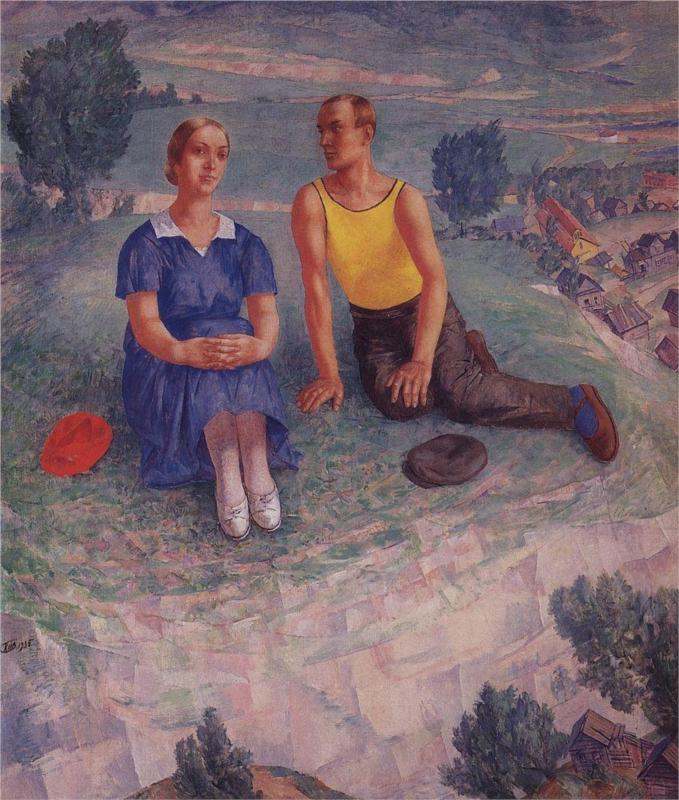 for for Magpie posts go here

"I would rather walk with a friend in the dark, than alone in the light."
- Helen Keller

Below is our theme photo from Alan this week,
and is described as
"Palmer's Mystery Hike # 2"

The first thing that came to mind seeing this enthusiastic group was, who were they smiling for, and if it was taken in July 1932 why were they dressed for cooler weather?

This photo also from Mystery Tour # 2 was from Valley Heights in the lower Blue Mountains to Penrith, on the 10th of July, 1932.


Google to the rescue again.  Searching their Palmer mystery tour describes five mystery hikes around Sydney (hence Sydney's wintertime) scheduled in 1932 and were organized by the railroad and F. J. Palmer and Sons Department Store.  Hikers purchased a two-shilling train ticket and joined a train from Central Station to journey to a mystery destination.  They were always on Sunday and were quite popular hikes!

Rambling, they called it and it was popular across the English countryside, and evolved from a more rugged terrain called bushwalking.  More of their hikes can be seen at the Powerhouse Museum Collection from commercial photographer, Thomas Lennon.


Can you imagine, there were 4 trains that carried 2,000 hikers just on this second mystery tour.  They were known to document their adventure in the newly invented Box Brownie!


If you didn't already know, The Box Brownie was a camera.


Mystery Hikes weren't the only fun outings, as you'll see in the next two photos!

Oh my goodness, does anyone have a great caption for this group of hikers from Washington?  What an amazing group this is!

For the most part, they are a happy group.
Suffrage hikers.
This photo taken on February 10, 1913.
They hiked from New York City to Washington D. C. to join
the March 3, 1913 National American Woman Suffrage.


Hiking Back In Time

Let's hike into sepia photography,
since that's what these Sepia Saturday posts are all about.
Especially, since there are times I've looked at a sepia photograph and wondered, was this actually taken back in the day, or more recently?  That's when playing detective is necessary to determine when and even perhaps where it was taken.
Even our cell phones today have APPS that immediately transform our weekend family picnic back in time.
Of course, often our photos are just old, black and whites and arrive from stepping into the yesterday of our ancestors, or just plain life in general.

I'll close with a sepia photo that I won't describe when or where it was taken, until next week.  Let's see if anyone can supply any information until then.

Any guess as to when, what or where this photo is? 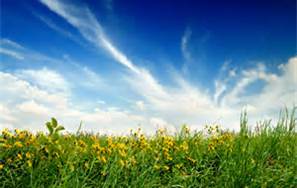 It was high school life at it's best!

Can you dig it!

Fashion and music danced darkness away...

Bob Dylan was young, and handsome.

Okay, sometimes a little scary, but what a voice!


Cars weren't as fine tuned and capable of doing everything for you.  In fact, not only did these vehicles merely drive, often they didn't even do that!

1974 Ford Pinto!
Politics back then were

Oh never mind,
let's stick with uncrushable enthusiasm
and contagious excitement.
The Bond, dreamy, handsome and handsome and dreamy all over again!