Raindrops Kept Falling on My Head

My photos this last Saturday are limited since the rain wouldn't let up.

"Let's just sit quietly and listen to the secrets the rain wants to tell us."

Minneapolis and Saint Paul are known as the twin cities, after its two largest cities, but they are not identical. Minneapolis still remains as the most populous city in the state over Saint Paul its neighbor to the east.

Rush out in the rain to be soaked with the sky. Rumi 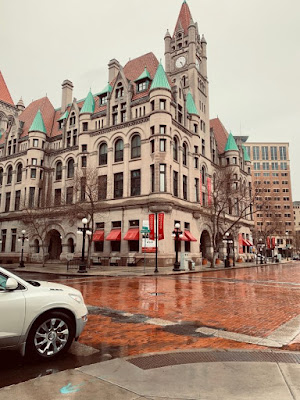 The Landmark Center built 1892 Saint Paul's own castle if you will.

"Nothing of worth or weight can be achieved with half a mind, with a faint of heart, and with a lame endeavor." Isaac Barrow 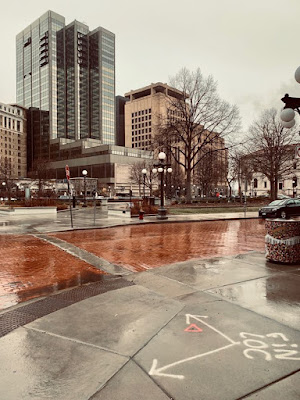 Each of us makes his own weather, determines the color of the skies
in the emotional universe which he inhabits. Fulton J. Sheen 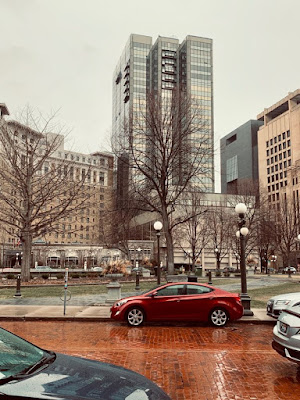 "All the diversity, all the charm, and the beauty of life
are made up of light and shade."
Leo Tolstoy 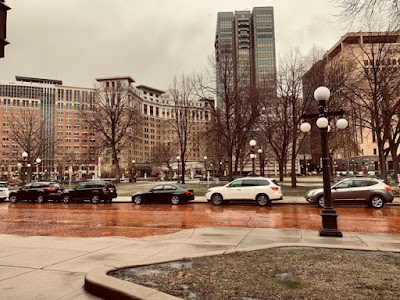 Just say yes to the world inside of an idea.
Aha Phrodite, Muse 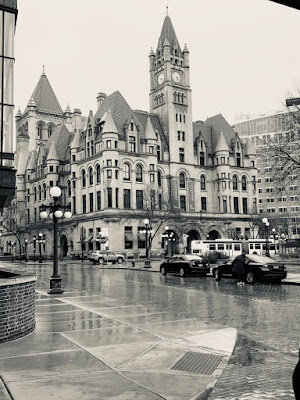 A Black and White photo of The Landmark Center and my youngest grandson had this quote when he saw my color photo.
"Whoa, looks like a big London Castle!" 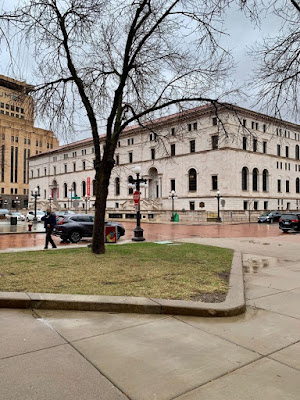 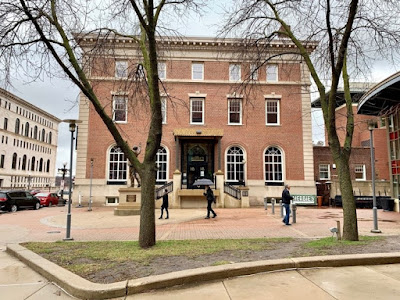 Herbies On the Park St. Paul, Minnesota
We should be dreaming. We grew up as kids having dreams, but now we're too sophisticated as adults, as a nation. We stopped dreaming. We should always have dreams. Herb Brooks 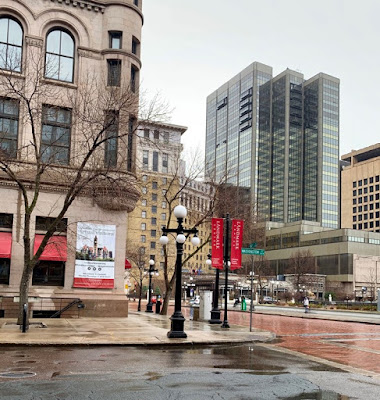 All that you think is rain is not.
Behind the veil angels sometimes weep.
Rumi
Thanks for visiting!
Take good care of you.

Rumi always makes me think.
In this dry continent I always welcome rain - and the scent of rain washed air is delicious.

What a beautiful city. That Rumi quote is so very timely.

Beautiful tours of the city. Love the quotes, we should always have dreams. Happy Good dreams. Take care, enjoy your day!

The Landmark Centre is a stunning piece of architecture Karen and yes it does look like an English castle 😉 oh how I enjoy seeing rainy day shots, and I'm happy to say we are having a wee bit of rain here at the moment but I know it won't last ✨

I have to say that I find grey rainy days so depressing. I crave colour and sunshine at this time of year! Love the tour you gave us!